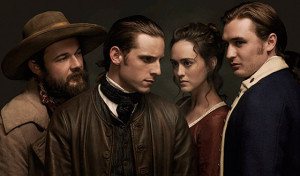 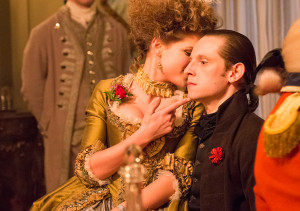 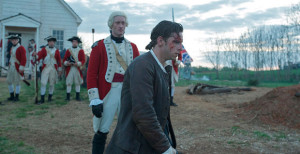 2. (1.10) "The Battle of Setauket" - Mary Woodhull discovers that Abe is a rebel spy. Other members of the spy ring, Major Benjamin Tallmadge and Lieutenant Caleb Brewster, lead a raid on the Long Island community, Setauket, to save the local Patriot families. 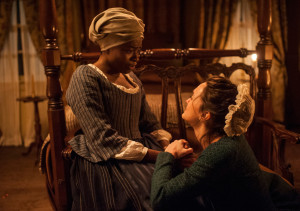 3. (1.05) "Epiphany" - During the 1776 Christmas holidays, Caleb and Ben follow mysterious orders, while General George Washington's army crosses into enemy territory in New Jersey. Meanwhile, one of Anna's recently freed slaves, Abigail, agrees to spy for the Rebels after she is assigned to work for Major Andre, if the former would agree to look after her son Cicero. 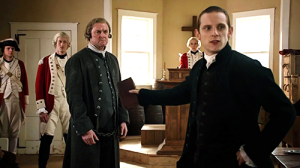 4. (1.09) "Against Thy Neighbor" - British Army Captain John Graves Simcoe (at least the fictional version) ignites a political witch-hunt to weed out rebel conspirators in Setauket. General Washington assigns Ben to a secret mission. 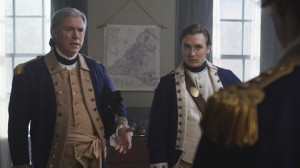 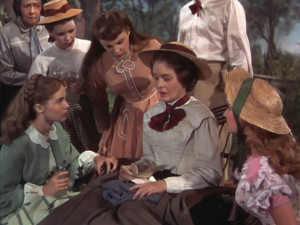 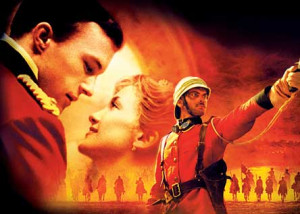 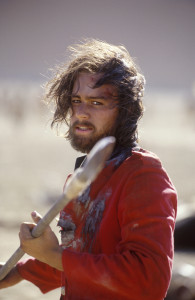 Posted by RosieP at 6:16 PM No comments:

Below is a look at the fictional heroes created by Jane Austen in the six published novels written by her. So, without further ado . . .

Edward Ferrars – “Sense and Sensibility” (1811)
Edward Ferrars does not seemed to be highly regarded by many Jane Austen fans or literary critics. People seemed to take this mild-mannered, unambitious young man for granted and in some cases, dismiss him as weak. Although mild-mannered, I would never regard Edward as weak. I found him stalwart and willing to take responsibility for the consequences of his actions . . . even if this trait nearly led him into matrimony with the manipulative Lucy Steele.

1. Robin Ellis (1971) – He gave a charming and solid performance as the likeable Edward. After many viewings, I even learned to tolerate the stuttering he used for portraying Edward. Ellis and actress Joanna David had a nice chemistry, but it did not exactly blow my mind.

2. Bosco Hogan (1981) – I must admit that I had originally found his performance in the 1981 miniseries as somewhat tepid. But on second viewing, I realized that I had underestimated him. Despite his low-key portrayal of Edward . . . or because of it, I detected some rather interesting moments in Hogan’s performance in which he effectively conveyed Edward’s emotional state, while trying to suppress it. I am impressed.

3. Hugh Grant (1995) – At first, I was not impressed by Grant’s portrayal of Grant. But on later viewings, I noticed that he injected a good deal of charm and humor into his performance. And he had some pretty good lines in the movie’s first half hour. More importantly, he had great chemistry with leading lady Emma Thompson.

4. Dan Stevens (2008) – He conveyed more emotion and charm into his performance than his predecessors and it worked for him. And like Grant before him, he had great chemistry with his leading lady Hattie Moran.

Colonel Christopher Brandon – “Sense and Sensibility” (1811)
There are some critics and fans who believe that the quiet and always loyal Colonel Brandon was wrong for the much younger Marianne Dashwood. Personally, I found him a major improvement over John Willoughby. And despite his quiet demeanor, he seemed to be just as emotional as she . . . but with more control.

1. Richard Owens (1971) – His performance slowly grew on me, as the miniseries progressed. I thought he gave a pretty good performance and did a solid job in slowly revealing Brandon’s feelings for Marianne.

2. Robert Swann (1981) – He must be the most emotional Colonel Brandon I have ever seen on screen. At least once his character’s feelings for Marianne were finally exposed. Personally, I liked his take on Brandon very much, even though most fans do not seem to care for his performance.

3. Alan Rickman (1995) – He made an excellent Colonel Brandon. I was impressed by how he revealed the character’s romantic nature behind the stoic facade. I also feeling that Brandon is one of the actor’s best roles.

4. David Morrissey (2008) – He is the last actor I could imagine portraying the reserved, yet passionate Colonel Brandon. And yet, not only did he did a great job in the role, he also gave one of the best performances in the miniseries.

Fitzwilliam Darcy – “Pride and Prejudice” (1813)
Unless I am mistaken, Fitzwilliam Darcy must be the most popular leading man created by Jane Austen. There are times when he seems more popular than the novel’s leading character, Elizabeth Bennet. Although he is not my favorite Austen leading man, I must say that he is one of the most fascinating. However, I found his “redemption” in the story’s third act a bit too good to be true.

1. Laurence Olivier (1940) – He gave a very good performance as Fitzwilliam Darcy and was properly haughty. But there were times when he displayed Darcy’s feelings for Elizabeth Bennet a little too openly . . . especially in the movie’s first half.

2. David Rintoul (1980) – His Mr. Darcy was probably the most haughty I have ever seen on screen. There were moments when his portrayal seemed a bit too haughty, especially scenes in which his feelings for Elizabeth should have been obvious. But I believe he still gave a first-rate performance.

3. Colin Firth (1995) – He received an Emmy nomination for his portrayal of Mr. Darcy in the 1995 miniseries. And I believe he fully deserved it. Hell, I would have given him the award. He did a great job in portraying the character’s complexity with a balance I have never seen in the other actors who portrayed the same character.

4. Matthew McFadyen (2005) – He gave a very good performance as Mr. Darcy. However, I think Joe Wright’s script emphasized a bit too much on the character’s shyness and inability to easily socialize with others.

Charles Bingley – “Pride and Prejudice” (1813)
I have always found this character as sociable, charming and very likable. However, he has never struck me as complex as Fitzwilliam Darcy. And to be honest, I found his willingness to allow Mr. Darcy to dictate his social life a little irritating. But I suppose this should not be surprising, considering he is from a class lower than his friend.

1. Bruce Lester (1940) – I did not find his performance particularly memorable, but I must say that he gave a charming performance as young Mr. Bingley. And he had a nice, strong chemistry with Maureen O’Sullivan’s Jane Bennet.

2. Osmund Bullock (1980) – He gave a nice, solid performance as Mr. Bingley. But I found his portrayal even less memorable than Bruce Lester’s. That is the best thing I can say about him.

3. Crispin Bonham-Carter (1995) – I thought he gave a very warm and friendly performance as Mr. Bingley. In fact, he seemed to be the epitome of the literary character. I also enjoyed how the actor conveyed Mr. Bingley’s attempts to hide his discomfort at either the Bennet family’s behavior, or his sisters’. My only complaint is there were times when he came off as a bit too broad and theatrical.

4. Simon Woods (2005) – I cannot deny that he gave a first-rate performance. But I believe the latter was hampered by a script that portrayed Mr. Bingley as somewhat shy. I never had the impression from Austen’s novel that the character was a shy or introverted man.

Edmund Bertram – “Mansfield Park” (1814)
Oh dear. I might as well be frank. I have never liked the Edmund Bertram character. He never struck me as completely negative. He was capable of great kindness – especially toward his cousin Fanny Price, who was basically an outsider. He had decent moral values and he knew what he wanted to do with his life. But he was such a prig . . . and a hypocrite. Even worse, he failed to become aware of his own shortcomings and develop as a character.

1. Nicholas Farrell (1983) – Despite my dislike of the character, he was excellent as the “Dudley Do-Right” Edmund. In fact, I think he was the best Edmund ever. And that is saying something, considering the excellent performances of the other actors who portrayed the role.

2. Jonny Lee Miller (1999) – He also gave a first-rate performance as Edmund. More importantly, he was given a chance to convey the character’s growing attraction to his cousin, thanks to Patricia Rozema’s screenplay.

3. Blake Ritson (2007) – After watching his performance as Edmund in the 2007 movie, I am beginning to suspect that an actor worth his salt could portray the role with great success. And that is exactly what Ritson managed to do.

George Knightley – “Emma” (1815)
George Knightley must be the most mature Austen hero I have ever encountered – not only in age, but in temperament. But due to his sly wit and admission of his own shortcomings, he has always been a big favorite of mine.

1. John Carson (1972) – Many have pointed out his age (45 years old at the time) as detrimental to his portrayal of Mr. Knightley. However, I found his performance and screen chemistry with his leading lady, Doran Godwin, that I honestly did not care. I still do not care. He gave an excellent performance.

2. Jeremy Northam (1996) – His portrayal of Knightley seemed to be the epitome of level-headed charm. And I especially enjoyed how he managed to convey Knightley’s jealousy of Emma’s friendship with Frank Churchill with some memorable brief looks.

3. Mark Strong (1996-97) – I have to give him kudos for conveying a great deal of common sense and decency into his portrayal of Mr. Knightley. He also had very good screen chemistry with the leading lady. But . . . I found him too intense and too angry. He made a somewhat scary Mr. Knightley.

4. Jonny Lee Miller (2009) – I really enjoyed his portrayal of the level-headed Mr. Knightley. He managed to convey a great deal of charm and wit into his performance with great ease. I am almost inclined to view his performance as my favorite.

Reverend Henry Tilney – “Northanger Abbey” (1817)
If I had to choose my favorite Austen hero, it would have to be him. Henry Tilney. Despite the fact that he is a clergyman, Henry is charming, clever, witty and sardonic. The type of man who could keep me in stitches forever. And he still manages to be complicated. What can I say? I adore him.

1. Peter Firth (1986) – His portrayal of Tilney nearly ruined my love of the character. I do not blame him. Firth gave it his all and also provided one of the best screen kisses I have ever seen in a period drama. But thanks to screenwriter Maggie Wadey, Firth’s Henry ended up as an attractive but condescending character, instead of a witty and playful one.

2. J.J. Feild (2007) – His portrayal of Henry restored my love of the character. Field was fortunate not to be hampered by a transformed Henry. And I adored how he captured every aspect of Austen’s literary character – the charm, wit, playfulness and common sense. And Field added one aspect to his performance that I adore . . . that delicious voice.

Captain Frederick Wentworth – “Persuasion” (1818)
If I must be honest, Frederick Wentworth is tied with George Knightley as my second favorite Austen hero . . . but for different reasons. He had the charm, humor and looks to attract the eye of any red-blooded female. However, his character was marred by a penchant for lingering anger and so much insecurity, especially eight years after being rejected by Anne Elliot. Wentworth has to be the most insecure Austen hero I have ever come across. That is why I find him so fascinating.

1. Bryan Marshall (1971) – I really enjoyed how he conveyed Frederick’s extroverted sense of humor and charm. But I never got a strong sense of his character’s insecurity, along with his lingering anger and love for the leading lady, until the last act of the miniseries’ first half.

2. Ciarán Hinds (1995) – He did an excellent job in conveying all of the complicated aspects of Frederick’s personality. However, there were moments when I felt his performance could have a little more subtle. But I still enjoyed his take on the character.

3. Rupert Penry-Jones (2007) – Some have complained that his take on the character seemed a bit too introverted. I have to agree . . . at least in the television movie’s first half hour. But I thought he did an excellent job in portraying Frederick’s insecurity, anger and lingering love for the leading lady.
Posted by RosieP at 5:51 PM No comments: 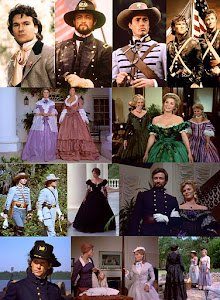